With more than 5.000 games and toys distributed through strong trading partners, Pegasus Spiele is also known as a successful distributor. This includes numerous own brands with innovative board games like “Junta” and “The Dwarves” as well as cult card game series such as “Munchkin” and “Smash Up”. A network of 250 voluntary demonstrators assists the publishing company at fairs, conventions and events throughout German-speaking Europe in presenting its products – such as the popular team game “Captain Sonar” and the export hit “Port Royal”. Dozens of freelancers and 30 permanent employees work at the headquarters in Friedberg, near Frankfurt am Main, on creating great gaming experiences. 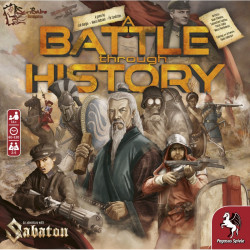